Search on this site

In this final episode from our Nov 2019 Dehradun Exploration trip we bring to you the ancient site of Ashvamedha Yagya (Horse Sacrifice) of 3rd-4th Century AD … located in Jagatgram, an ancient village in Dehradun, Uttarakhand, India. We also stop by the bank of Yamuna to explore an old bridge and to reflect upon this awesome tour 🙂 Thanks for watching! Stay tuned to the channel for more such experiences! Cheers and blessings for all 🙂

Ok ..watch this quick episode about the IRON PILLAR @ Qutub Complex and the stories associated with it and you’ll know the answer 🙂 There’s also a discussion about the architectural techniques of medieval times! Happy Exploring 🙂

The Quwwat-ul-Islam Mosque (meaning the ‘Might of Islam’) is known to be one of the oldest and ancient mosques that survived through the centuries and a definite sight to behold. In this quick episode..discover the historical and architectural aspects associated with this unique structure! Happy Exploring 🙂 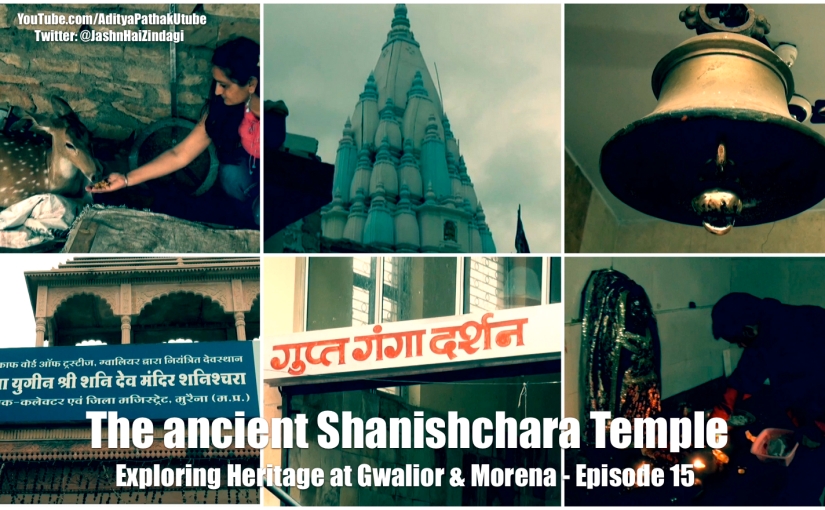 In this episode of our heritage exploration series we bring to you the ancient Shanishchara temple located at Shani Parvat, Village Ainti, District Morena, Madhya Pradesh, India.

This temple is believed to be the oldest Shani temple in the world dating back to the Treta Yug (one of the early ages of mankind as per the Hindu belief). Also the idol of Lord Shani here is believed to have been made out of a meteoroid that fell from the sky during ancient times!

Literally down to ruins, hidden under rubble and dense vegetation since centuries, these temples were recently resurrected with loads of hard work by the experts and also the community around. The temple complex dates back to 6-9th century BC and are believed to be 300 years older than the famous temples of Khajuraho! Again, this was one of the most favorites spots from our explorations at Morena! Happy Exploring 🙂

Here‘s a nice documentary about the resurrection of these temples.

Saas Bahu ka mandir or Sahastrabahu Temple – Located to the east of Gwalior Fort, this place boasts of magnificent architecture and also gives a good view of the whole city! Also, this was one of our “the best” experiences at Gwalior 🙂 This episode attempts to bring some of that awesomeness to you ..hope you’ll like it! Cheers! 🙂 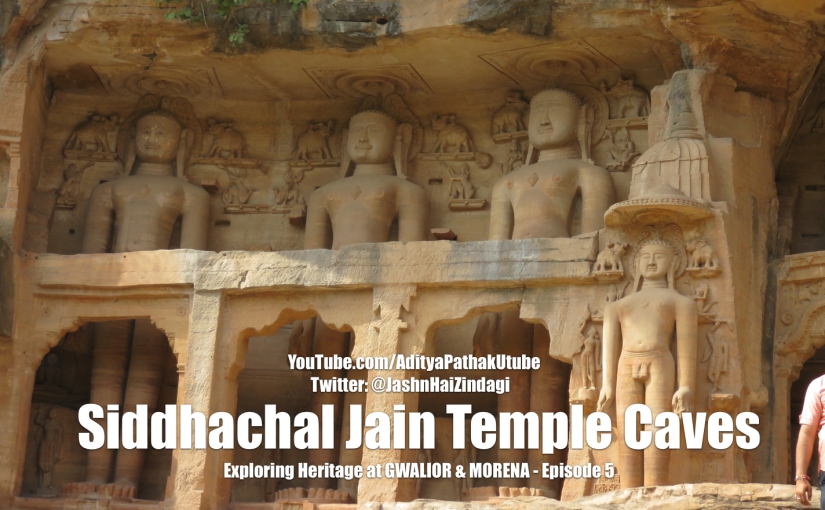 For more info and photographs of this place please see this post.

Bhateshwar: Truly Mystical! This is an archaeological site comprising about 200+ ancient shrines in Morena district, Madhya Pradesh. The shrines in Bateshwar complex are dedicated mostly to Shiva and a few to Vishnu. The temples are made of sandstone and were built around 300 years before Khajuraho temples were built!

Our video-blog about this trip can be found here.

Also, here‘s an informative documentary depicting how these temples were restored with help from locals and even the dacoits of chambal!

Shani temple: On our way back we visited this ancient Shani temple which has an interesting story of lord Hanuman associated with it 🙂 We also met the pet deer and it’s cute little cub 🙂 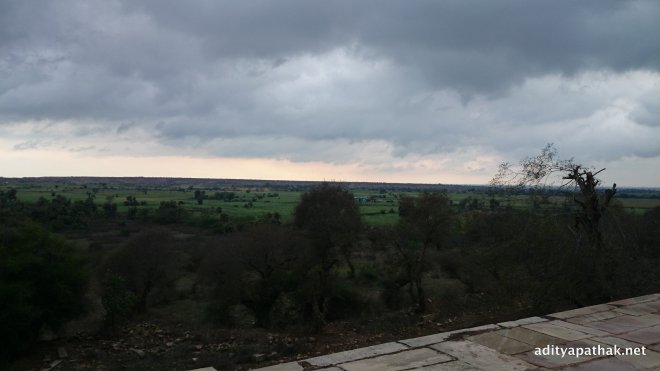 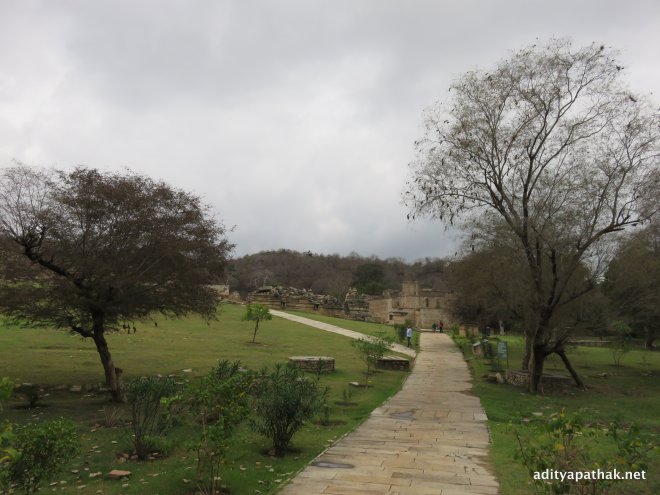 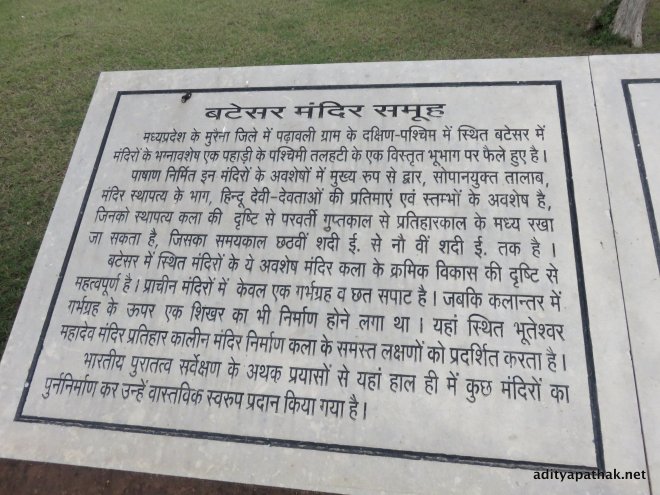 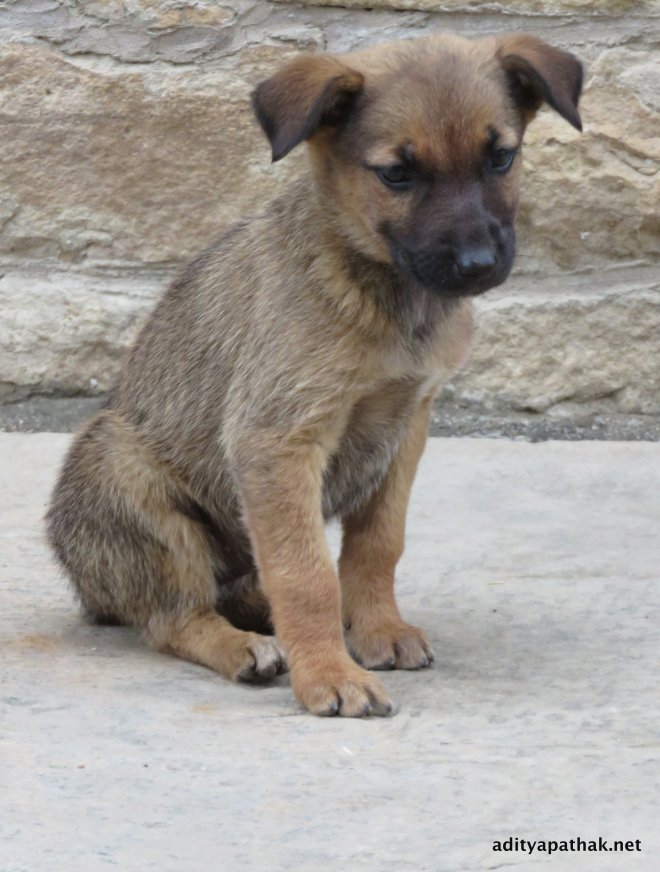 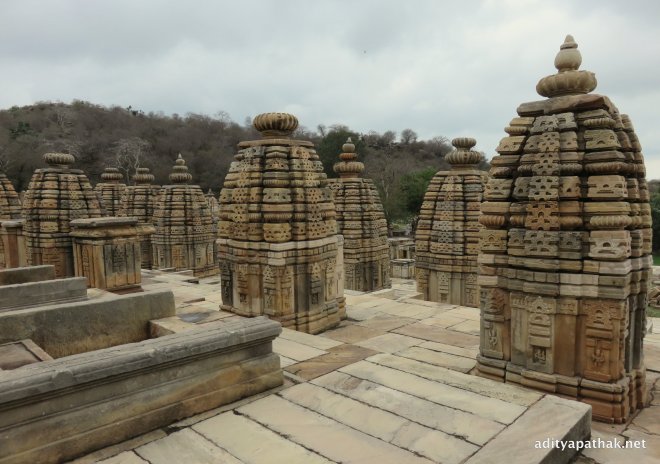 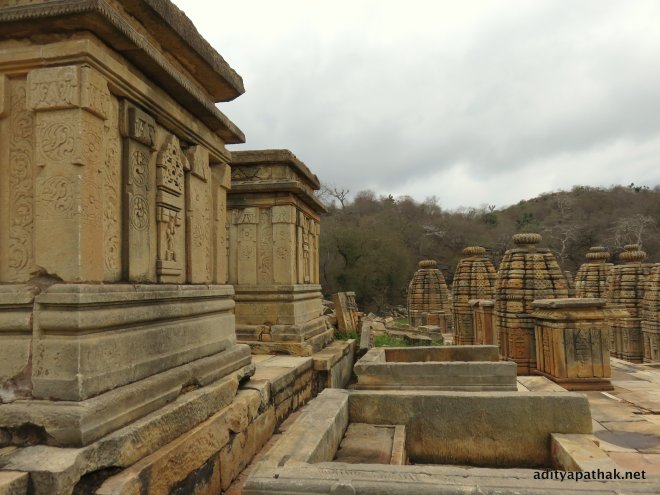 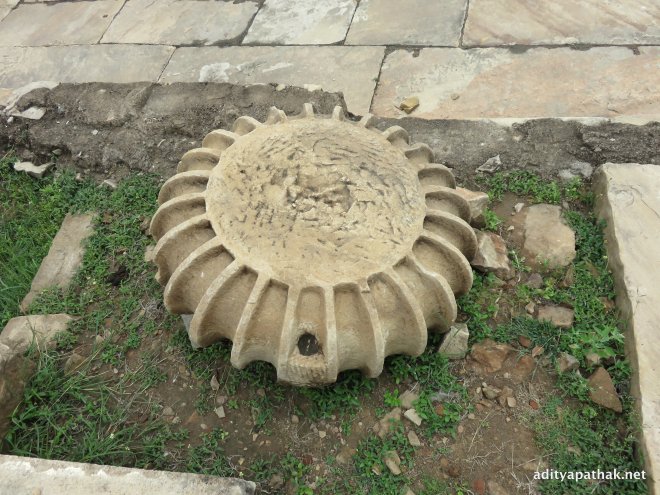 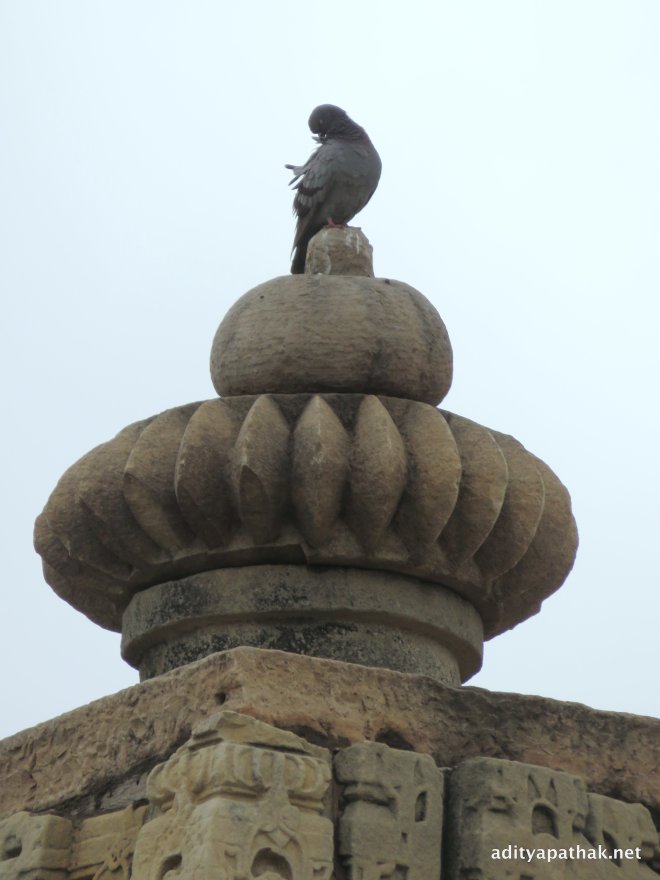 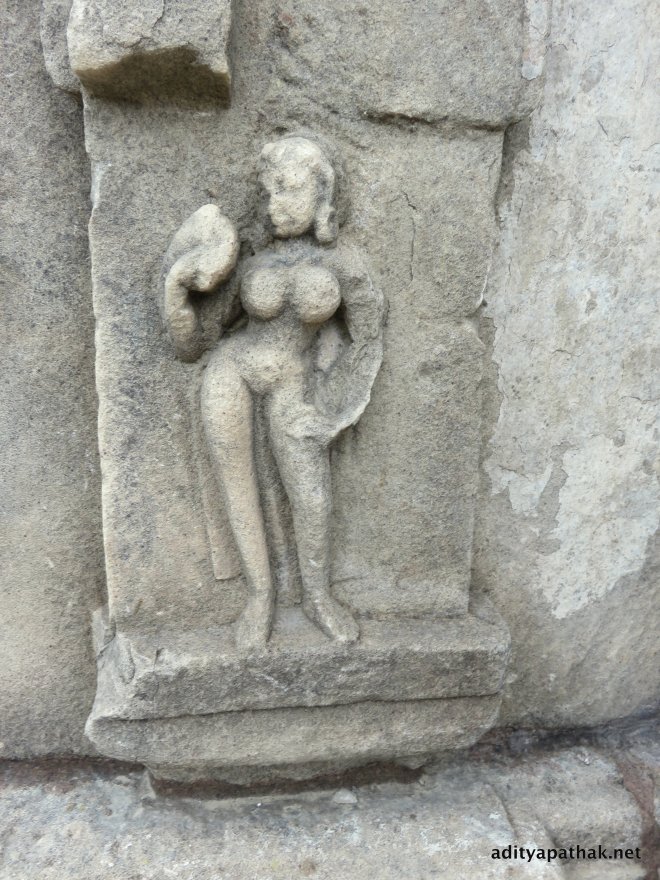 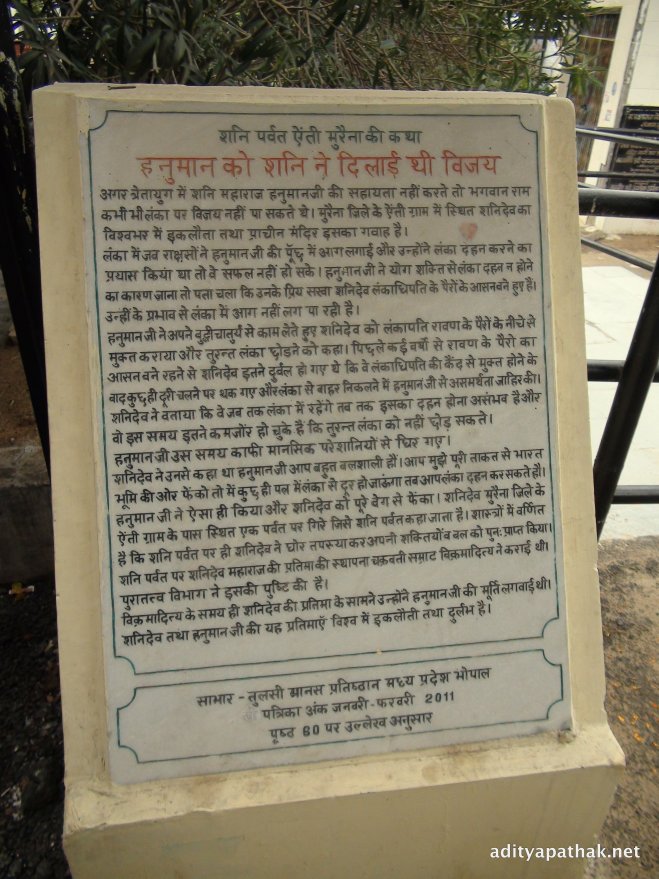 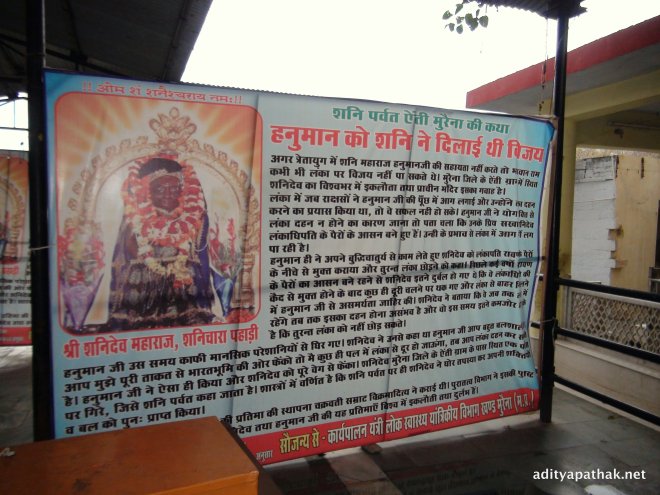 On the way up to the Gwalior fort the road climbs through a wooded gorge called the Urwahi valley. Facing it, and carved into the soaring sandstone cliff, are the imposing ‘Jain‘ monoliths that depict the Teerthankars. The Sanskrit/Hindi word “Teerth” means a destination situated at the bank of a river and “Teerthankar” would mean someone who enables a traveller to reach this destination. Symbolizing the flow of existence as a flowing river, “Teerthankar” would essentially mean an enlightened master who helps fellow beings in crossing the river and reaching the ‘destination’. The monolith statues are believed to have been carved in the 15th century under the patronage of a Tomar king.

For a video tour to these massive monoliths please see >> this post! 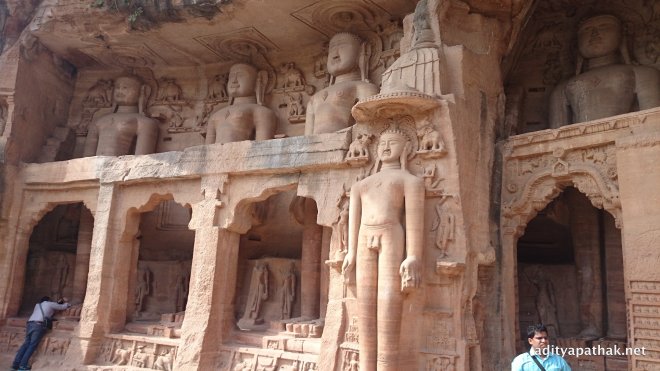 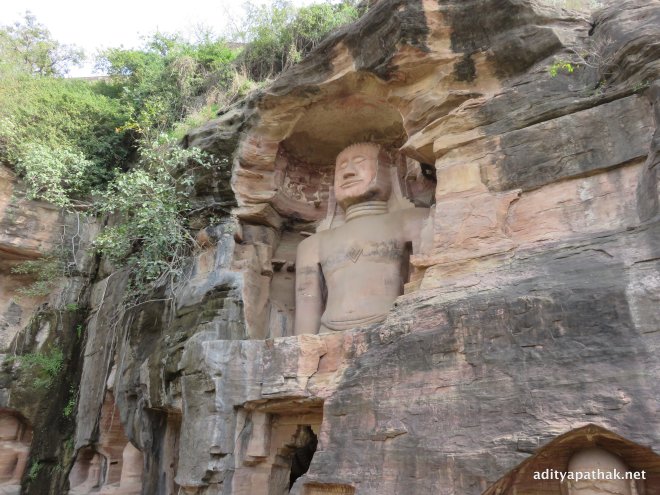 —
More info about the carvings: http://www.touristlink.com/india/jain-monoliths-gwalior/overview.html

In this quick film we get introduced to some historical aspects of this unique place in Delhi (India) called MEHRAULI … a visit to a supposedly 5000 yrs old temple ..and some stories from the Delhi Sultanate and the British Raj. Here’s a quick intro video that sets the tone for the subsequent series of films about the unique heritage of this place. Enjoy 🙂